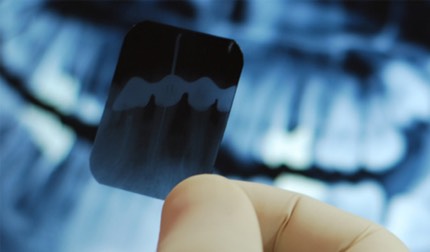 Late last year there was a lot of media attention surrounding the apparent link between dental x-rays and increase in meningiomas (brain tumours). This is the press release from the New Zealand Dental Association in response to the public concern surrounding this.

Here at City Dentists we agree with this statement and you can be assured of our attention to safety and our adherence to proper clinical guidelines.

There has been significant media interest in a recently published article in the US Cancer Society journal ‘Cancer’ which proposes an ‘apparent’ link between dental x-rays and an increased risk of developing intracranial meningioma.  The study suggests that over a lifetime annual bite-wing radiography nearly doubles the risk of developing meningioma and panoramic radiographs increase the risk by 4.9 times for those under the age of 10 years.  The study is clear that these findings “suggest” an association with increased risk of intracranial meningioma and relate to a period of dental radiography where “radiation exposure is greater than in the current era” but these qualifying statements have not been consistently reported.

The study was a population-based case-control study involving people diagnosed with intracranial meningioma matched against a control group without diagnosed meningioma.  The majority of the study group were aged over 50 years (75%).  The study and control groups were asked to recollect their dental x-ray exposures during 4 periods; aged <10 years, aged from 10 to 19 years, aged from 20 to 49 years and aged over 50 years.  The accuracy of these ‘recollections’ (some of which were of procedures more than 40 years earlier) do not appear to have been tested.  The significant risk of recall bias in this study means that the findings are at best suggestive.  Notwithstanding these comments a valid message from this article is a concluding comment.

“As with all sources of artificial ionizing radiation, considered use of this modifiable risk factor may be of benefit to patients.”

The key message to our patients is that as dentists we are aware of the need to minimise exposure to x-ray radiation and this is a matter we take seriously.  New x-ray technologies, not routinely available when many of those in the study received the x-rays, and changes in the way we diagnose and manage dental disease have allowed us to reduce both the number of x-rays we take and the amount (dose) of x-radiation used.  All dentists have received training in the safe use of dental x-rays and comply with the National Radiation Laboratory Code of Safe Practice for the use of x-rays in dentistry and Dental Council of NZ statement on Cone Beam Computed Tomography.

The basic principle adopted is that dental x-rays are only taken when there is a specific clinical indication for them.