Home » Blog » Dental Treatment » What are the most common toothpaste flavours?

What are the most common toothpaste flavours? 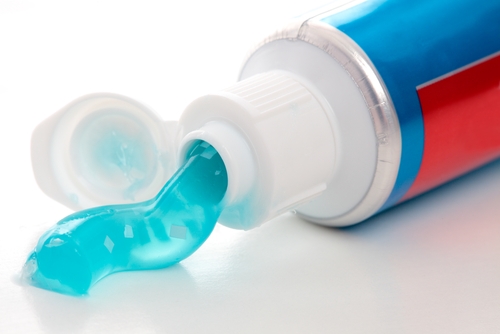 Toothpaste flavours have come a long way. While mint remains the standard, several new, colourful varieties have been hitting the shelves over the last few years, especially those marketed at children. But why is mint the most common option to begin with?

The history of toothpaste, and the additives used to flavour it, is far longer and stranger, than you may expect. Mint has been the preeminent flavour for more than a century. But while there's no sign of that changing anytime soon, there's nothing stopping you from mixing it up!

The history of toothpaste

Almost as long as there's been human civilization, people have been finding ways to clean their teeth. The first use of a paste to clean teeth is believed to have been developed by the ancient Egyptians around 5,000 BCE. By about 500 BCE , toothpaste was in use throughout the world, including by ancient Greeks, Romans, Chinese and Indians. The ingredients used to make toothpaste in ancient times included a long list of oddities, including oyster shells, bark, the ashes of oxen hooves, burnt eggshells, pumice and charcoal. Overall, the original toothpaste was far more abrasive than its modern counterparts. The ancient Egyptians were, however, the first to use mint in their paste.

Interestingly, the invention of toothpaste predated toothbrushes, which were believed to have been designed by the ancient Babylonians and Egyptians, sometime between 3500 and 3000 BCE, according to Colgate. These ancient oral care devices were discovered in the preserved tombs of Egyptian royalty.

The first known brushes with bristles like we're used to, however, were not invented until the millennia later, by the Chinese in around 1,400 CE. The first modern toothbrush, meanwhile, was invented by an Englishman named William Addis in around 1780, made with cattle bone and pig's hair. Nylon, the preferred material of toothbrush bristles today, wasn't invented or used in brushes until the 20th century.

Why is mint the most common toothpaste flavour?

The use of mint in toothpaste dates back thousands of years, to some of the first Egyptian pastes, according to Dentistry.com. However, its use in modern toothpaste, and ascendancy to being the primary flavour of the product today began in the early 20th century, with a new toothpaste called Pepsodent. Pepsodent combined its minty fresh product with a marketing campaign that associated the taste with a better smile. While the flavouring didn't actually do anything to improve oral health, the connection stuck in the minds of the public. In the ensuing years, other toothpaste manufacturers began copying Peopsodent, until mint became the norm all over the world.

Today, toothpaste, much of it mint-flavoured, is used around the world and represents a multibillion-dollar industry. Industry studies show that the COVID-19 pandemic has actually increased the global demand for toothpaste, according to a study recently released by Research and Markets. While dentists offices here in New Zealand are fortunately open, services in many other countries are still closed, leaving the vast majority of oral health care in the hands of the patient.

While mint has come to be the most common flavour of toothpaste, it is by no means the best by default! Toothpaste flavour is a matter of personal preference and you should feel free to experiment. Many toothpaste brands have begun adding colourful new flavours designed to appeal to children and get them excited about brushing. Other novelty toothpaste varieties marketed towards the adventurous adult. Ever been curious what bacon, cupcake or curry toothpaste might taste like? The options are out there!

No matter your toothpaste flavour of choice, oral health is important. In addition to twice-daily brushing, with toothpaste, regular cleaning appointments with your dentist are essential to maintaining good oral hygiene. City Dentists takes the convenience of our patients to heart, with a central location by the Wellington train station, professional staff and modern offices. Whatever your needs, the team at City Dentists is here to help!

If you want to get your teeth looking better than ever, City Dentists can help. Contact us today to schedule an appointment.