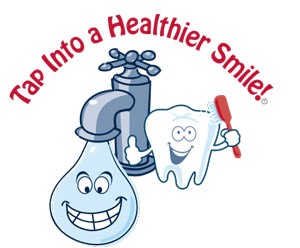 The following press release by the Waikato District Health Board on Tuesday, 15 January 2013, is a strong testimonial and evidence of the benefits of adding fluoride to our water.  After the lastest desicion by Hamilton City Council to stop water fluoridation all dentists will consider moving to Hamilton … No Fluoride -> More Cavities -> More work for dentists … 🙂 This is not what we want … prevention is better than cure.

Overwhelming evidence in favour of fluoride in water

“It’s vital that people know the truth about the benefits of fluoride in drinking-water, particularly as various city and district councils seek community feedback for and against the issue,” she said.

The latest council to reconsider its decision is Thames-Coromandel. It sought community feedback by Monday January 14. Hearings will be held on Thursday January 24 in the council chambers in Thames.

Hamilton City Council will also seek community consultation on this issue later in the year.

“Fluoride in drinking-water at the correct monitored levels can do a lot of good without doing any harm. It really is that simple,” said Dr Dumble.

Waikato DHB recently established a webpage with strong evidence that fluoride in drinking water is a safe, effective and affordable way to reduce tooth decay.

The webpage (www.waikatodhb.health.nz/fluoride) answers common questions about fluoride in drinking water, summarises important facts in a short video by the Ministry of Health, and offers access to an information-rich presentation by Dr Dumble and principal dental officer Rob Aitken.

“There is overwhelming expert medical support in favour of drinking-water fluoridation and this webpage is one way for the public to see this,” said Dr Dumble.

She urged the public to use the webpage to remain informed about this issue.

In it he says he has been in practice in Thames since 1969.

“Those patients that have had the benefit of fluoridated water definitely overall have significant reduction in dental caries compared to those that have not. This is especially evident in young children, teenagers and the elderly –these are stages in life where for a variety of reasons dental caries is often more prevalent.

supply compared to those from non fluoridated areas. Many Thames residents have lived here for all or a large part of their lives. My practice is now treating the third generation of some families from both within and outside the fluoridated supply that started with me in the early seventies,” he said.

The annual cost of fluoridating the Thames water supply is $2300.

“I carry out about 100 treatments for young children under general anaesthetic each year at Thames Hospital. At a conservative total cost of $2000 per treatment the taxpayer is being billed $200,000 a year for these procedures so the answer is self evident,” said Dr Fornusek.

“Those who object to fluoride have ways to opt out without affecting the benefits that other people will receive. Their beliefs should not prevent the rest of the community benefiting from this safe, preventative option for healthier teeth.”

For accurate and up-to-date information about drinking-water fluoridation, visit http://www.waikatodhb.health.nz/fluoride

So which group are you in the sane one or the insane one? … I know which one we are in.