Home » Blog » Oral Health & Wellbeing » Do you really need to brush your teeth twice a day?

Do you really need to brush your teeth twice a day? 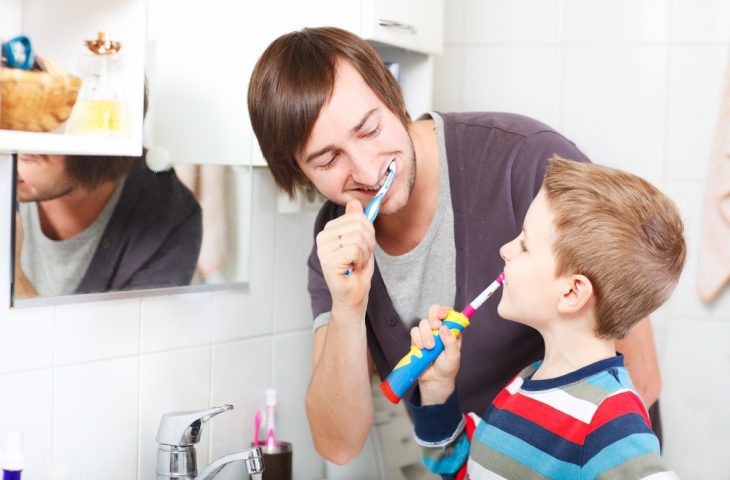 Maintaining great oral hygiene requires regular brushing and flossing. To ensure your dental routine is up to scratch, you need to brush your teeth at least twice a day.

The good news is, most Kiwis are already doing this. A 2017 survey released by Toothcrush (formerly Freshbrush), revealed that of 1,000 New Zealanders surveyed, 77 per cent brushed their teeth twice daily. However, that still leaves a quarter of Kiwis who aren't keeping up with their oral health.

Let's talk about why it's important to brush twice daily, when you should brush and for how long.

Why do you need to brush twice a day?

By brushing your teeth at least twice a day, you're doing your part to remove plaque before it can lead to decay.

To understand why it's important to brush so often, you need to know what happens when you aren't brushing your teeth.

While our teeth are left undisturbed, especially following meals, a microfilm is building up on their surfaces, called plaque. You can't usually see plaque, but you'll often notice it if you gently run your fingernail up a tooth. It's a thin, colourless substance that may look harmless, but harbours potentially thousands of different bacteria. These bacteria then react with sugars in the food you eat, converting them to acids which contribute to tooth decay.

When left for a long time, plaque can also harden into tartar. This is generally more noticeable, as solid deposits of pale yellow or brown material between the teeth or along the gum line. Tartar can agitate and inflame your gums, leading to gum disease like gingivitis. In general, plaque and its bacteria can also lead to bad breath, which will likely become persistent if gum disease develops.

Plaque can harden into tartar within 24 to 72 hours, and the bacteria can produce damaging acids much more quickly. Tartar must be removed with the help of a dentist.

By brushing your teeth at least twice a day, you're doing your part to remove plaque before it hardens and slow the production of substances that can lead to decay.

When should you brush your teeth?

You should aim to brush in the morning and before bed.

Brushing fits nicely into your morning hygiene routine and gives your mouth a clean start and fresh breath for the day. It also removes any plaque that has naturally built up overnight. Even while you're sleeping, plaque can proliferate so it's important to remove it before eating.

At night time, you should brush your teeth to remove any plaque that's developed, as well as food that may remain on or between your teeth from your meals throughout the day.

Should you brush more often?

Because acids are produced in reaction to sugars and starch in remaining food particles, some may recommend brushing before or after every meal.

There may be some benefit to brushing this often, as you'll wash away both plaque and the particles it wants to feed on. However, you should be careful not to brush too soon after consuming particularly acidic foods. Acids naturally weaken the enamel of your teeth, and brushing immediately after exposing your teeth to acids may do more harm than good. Instead, wait at least 30 minutes and up to an hour before brushing.

Drink plenty of water after eating acidic foods to wash away excess acids.

Dentists recommend you brush for at least two minutes every time.

How long do you need to brush for?

Dentists recommend you brush for at least two minutes every time.

A 2012 literature review of 59 papers, published in the International Journal of Dental Hygiene, found that people who brushed for only one minute removed 27 per cent of the plaque on their teeth. Meanwhile, two minutes of brushing removed, on average, 41 per cent of plaque.

It can feel like a long time to brush your teeth, but that extra minute can make all the difference in maintaining your oral wellbeing.

The correct way to brush

In addition to brushing your teeth twice a day for a minimum of two minutes each time, you should:

To talk to a professional about your oral health, book an appointment online or called City Dentists on 04 978 4964 today.